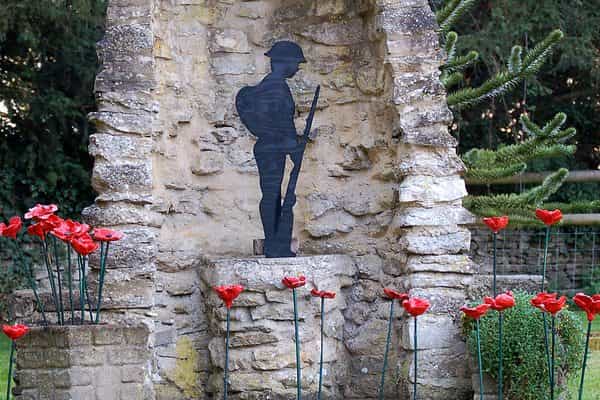 A number of students at LVS Oxford learned about the significance of poppies and what they represent by making their own ceramic poppies that were planted in the school grounds as just one of a number of activities that helped them learn more about the war and its significance on on Friday 9th November. 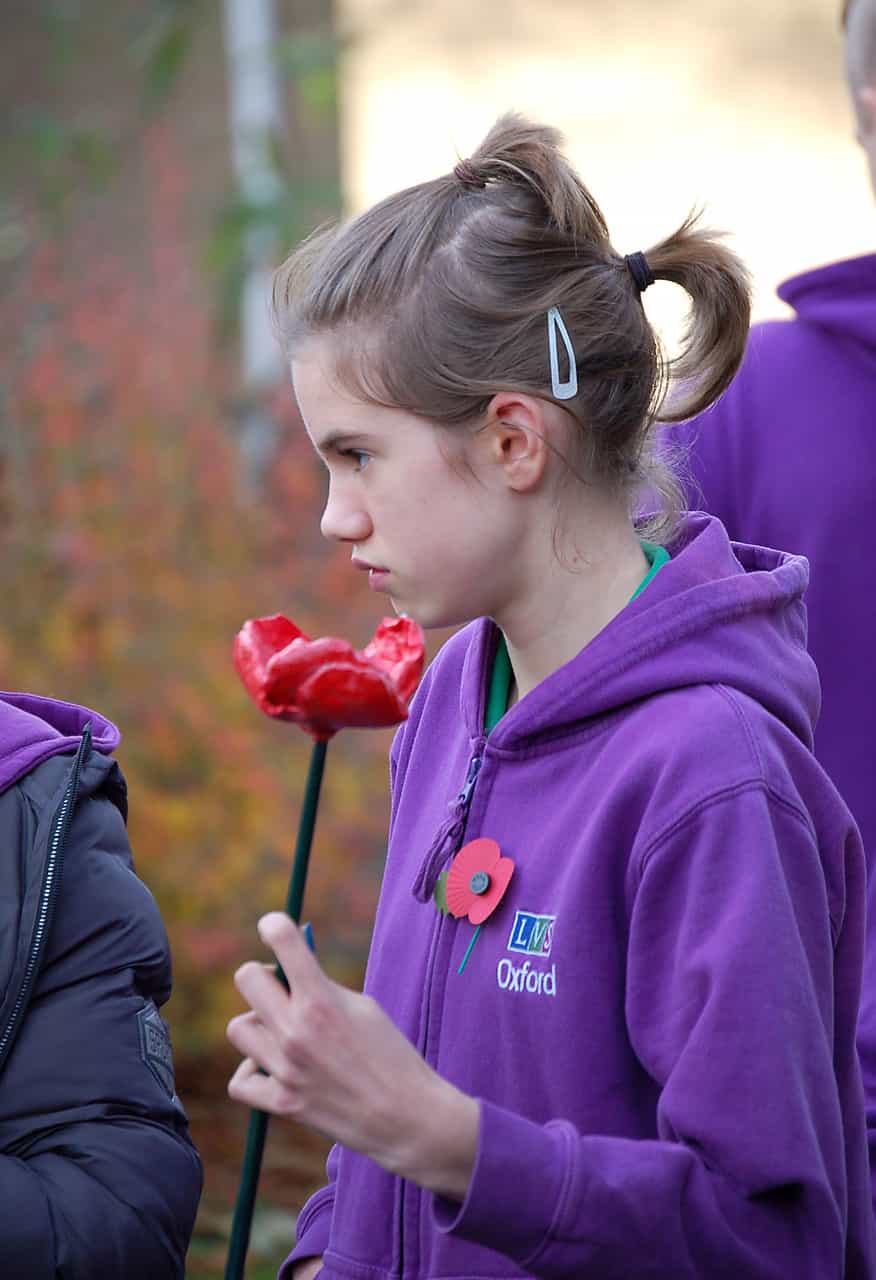 The day began with an innovative sensory experience for every student in the school as a giant inflatable dome was put up to house projections of war footage and interviews with soldiers. With sensory experiences able to both stimulate and calm young people with autism, the dome allowed LVS Oxford to teach its students about what life was like for everyone in the war, including soldiers, nurses and children.

Eleven-year-old Esme said of her visit to the dome: “I learned a lot from going in – everything from how carrier pigeons were used in the war to how it would have felt to be a soldier in World War One. It was quite scary.” 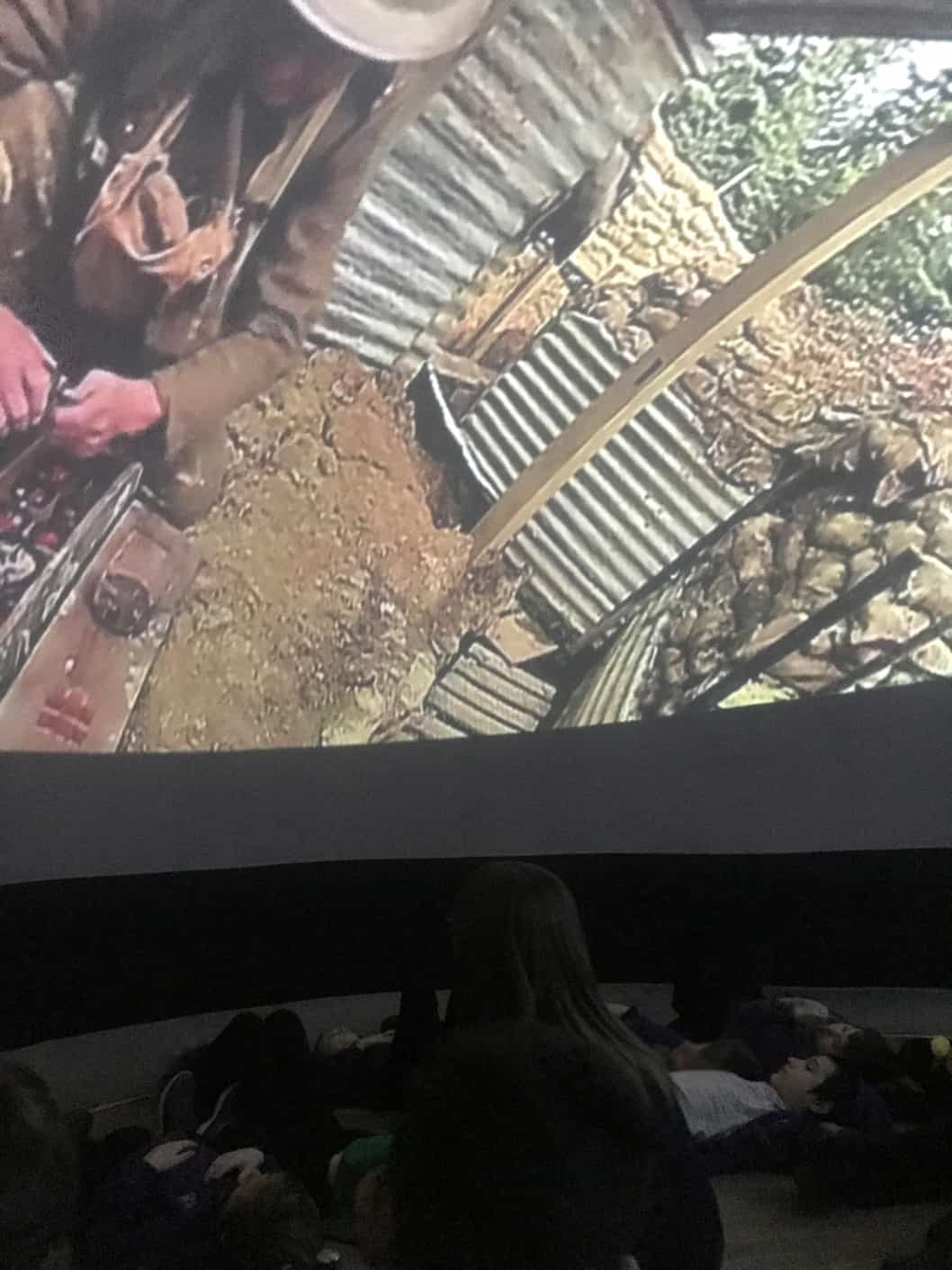 After the immersive war experience a group of students took part in a special ceremony in the school grounds to plant ceramic poppies. They had previously made the clay poppies in art and planted them in the grounds prior to participating in a memorial service at St Michael’s Church in the afternoon where students lit candles to remember the dead. 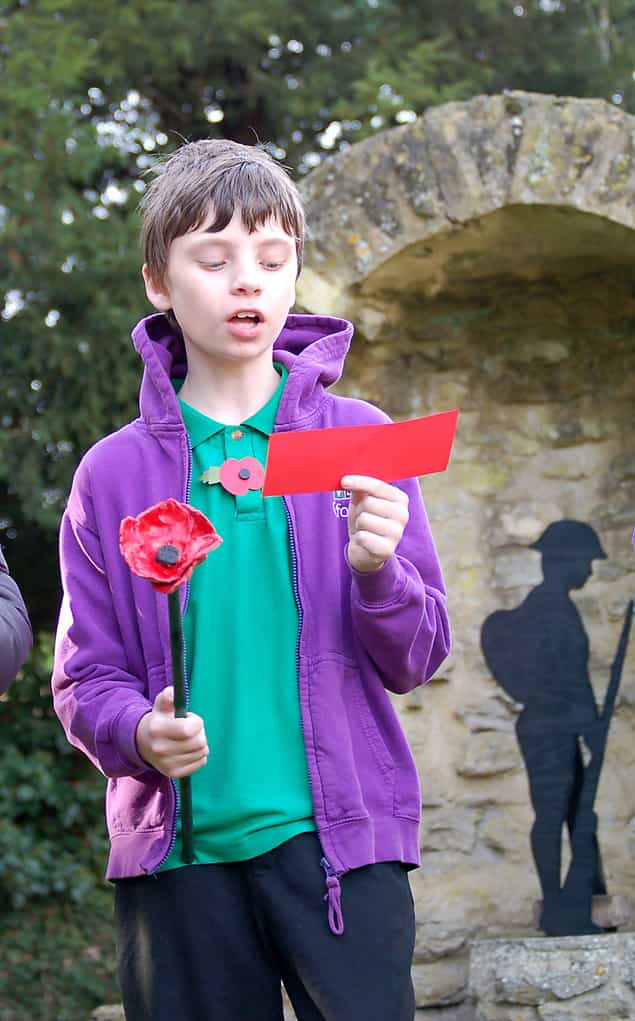 LVS Oxford Head of School Louisa Allison-Bergin said: “Our commemorations of the 100th anniversary of the end of World War One were so moving and I was really proud of the students who were very respectful. The dome was an excellent way of engaging them with a very important subject and helping them learn both for their own growth and to help reinforce their learning for GCSE History. There was a lot of cross-curricular work involved, and the ceramic poppy making in art was another innovative way to involve students in the build up to the day.”