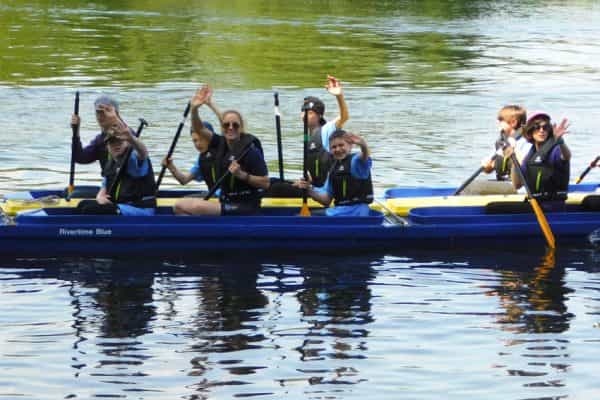 earners from LVS Oxford were among 350 students from 20 special schools in the region who travelled to Bisham Abbey National Sports Centre near Marlow on Wednesday 14th June 2017 to participate in the first ever Rivertime Accessible Regatta.  HRH The Princess Royal officially launched the event, the first such regatta to be held on the River Thames. 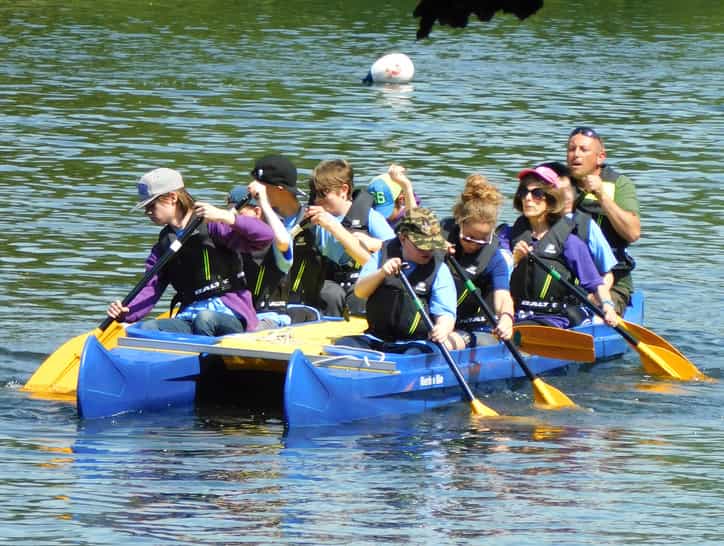 The Bell Boating regatta provided an early challenge for LVS Oxford students, eight of whom participated in this rowing race, along with two members of staff.  There was much excitement as The Princess Royal waved the flag to start the race, but the students listened carefully to instructions from the boat helm, held their nerve, and finished in second place. 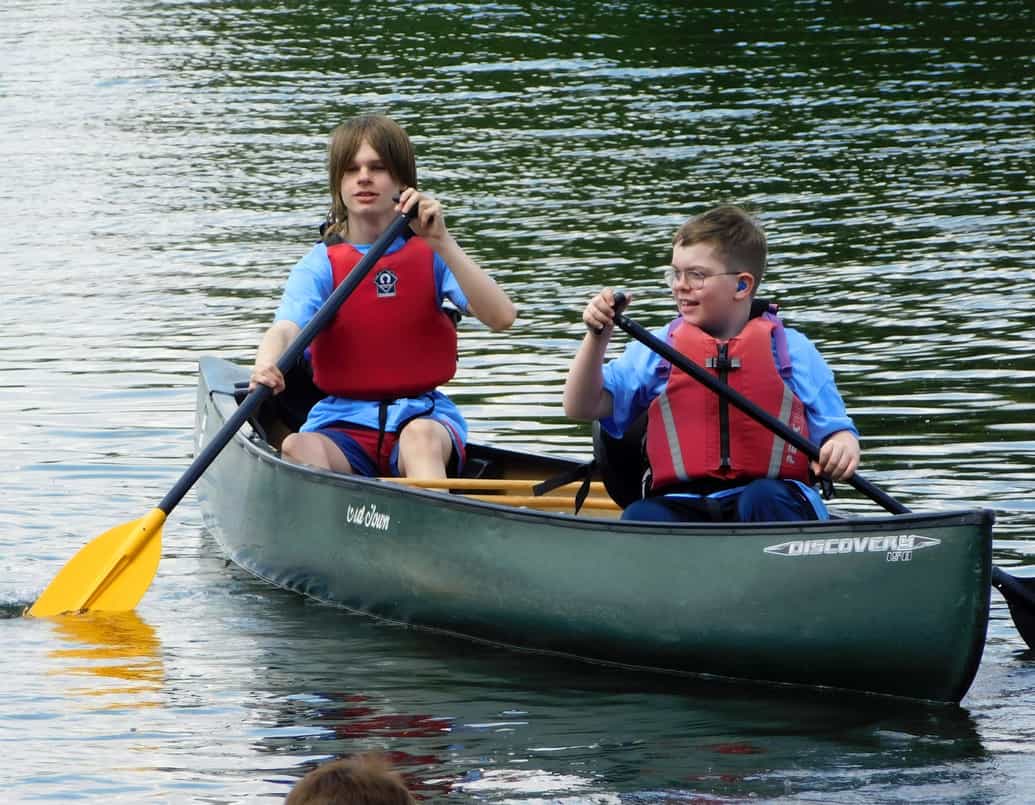 All the students proudly collected their medals, which weren’t quite as shiny and heavy as the Olympic gold medal they got to hold before the race started, but still gave rise to huge smiles as they were hung around their necks.  The medal had been won by Steve Williams for rowing at the 2004 Olympic games in Athens and Steve was on the riverbank to provide some pre-race tips and inspiration.   Next stop was land based activities and high levels of concentration were in evidence during the archery, followed by cycling with a difference on adapted bikes, which proved to be a big hit.  Back on the water, students selected from a host of different activities.  LVS Oxford students did canoeing, had a ride on a Wheelyboat, and took part in stand up paddleboarding. 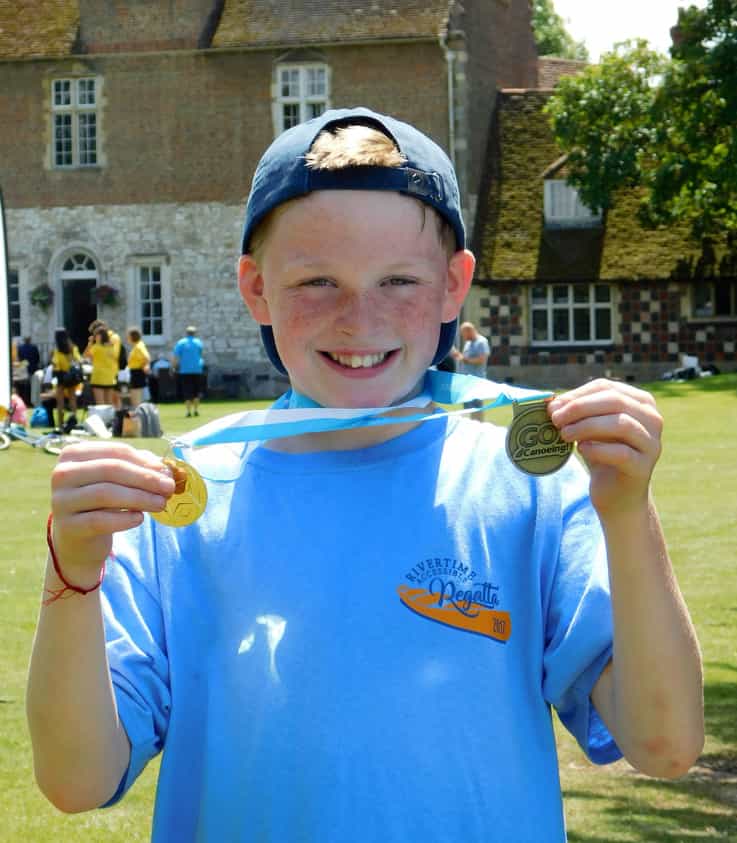 Learner Marcus said: “I had the best day ever.  The canoeing was really good fun.  We had a scary moment when we started to wobble and I thought we might go in but we steadied the canoe and carried on.  We got to spend quite a while on the river, which was brilliant.  Most of us got two medals each and we came 5th overall in the Bell Boating regatta.  That was out of 20 schools so I think we did really well.” 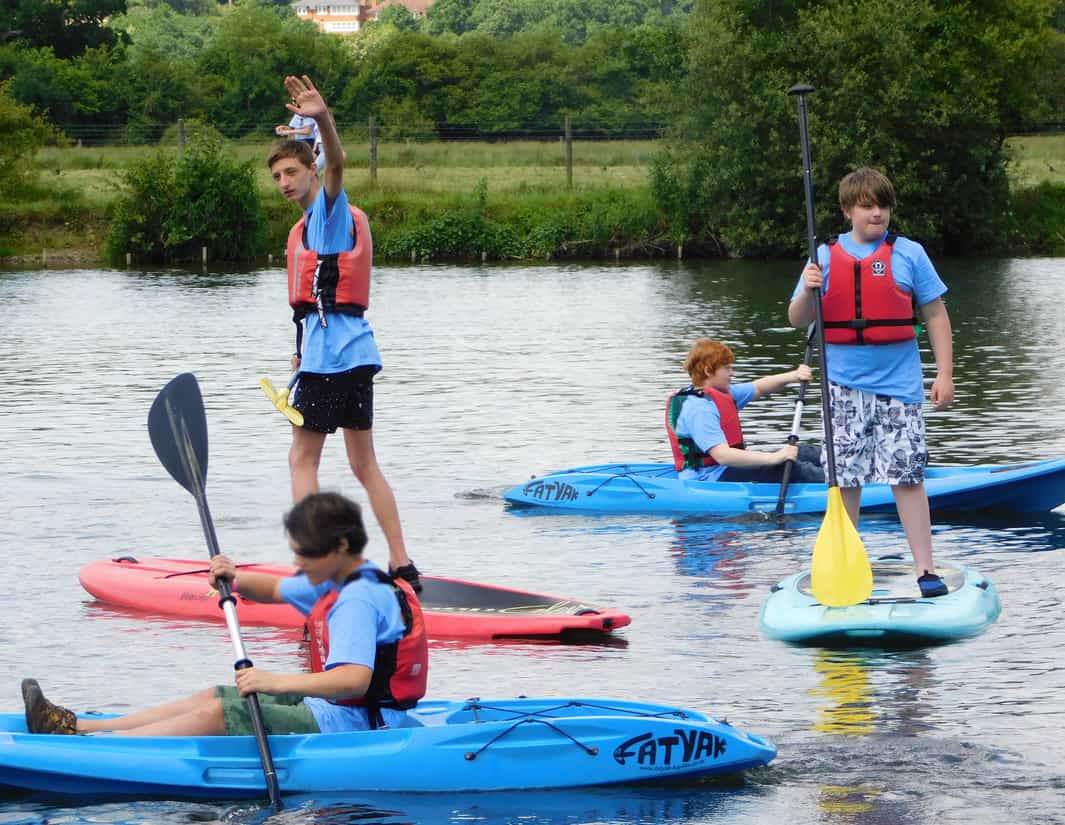 Katie Gatt, LVS Oxford’s PE teacher, explains how significant the event was for the students, “Coming and participating in a big event like this is a fantastic achievement for our students, some of whom struggle to try new activities due to their anxiety levels.  The event organisers and young games makers did an amazing job at making our students feel relaxed and prepared as they embarked on the different sporting activities on and off the water.  We had three students participate in the stand-up paddleboarding.  To see them out on the open water determined to stand up, following the instructors’ advice, and achieving their goal was amazing.  It proved to them and their fellow students who were cheering them on that, while trying new things can be daunting, the sense of achievement you get when you succeed is well worth it.  Here at LVS Oxford, we’d like to say a big thank you to the Rivertime Boat Trust and the other charities involved for giving our students the opportunity to participate in the event, which was brilliantly organised. We’ll definitely be back next year!” 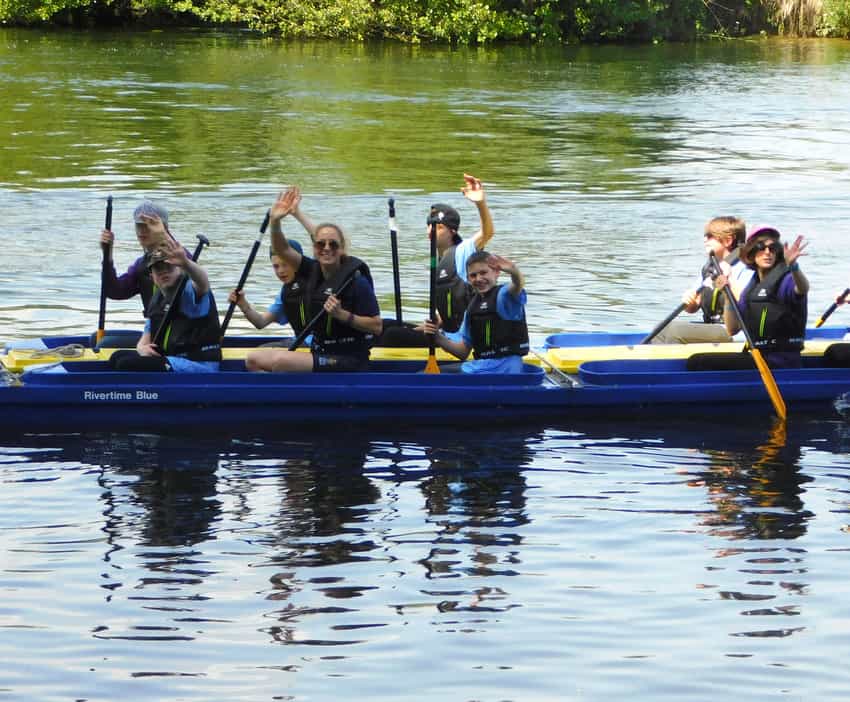 Learner Liam said: “The stand-up paddleboarding was great.  I actually found it quite easy, even though I hadn’t done it before.  I fell in a few times and it was really deep, but I didn’t mind.  It was such a sunny day that being wet was actually a bit of a bonus.  I’d definitely like to come to the regatta again.  Bisham Abbey has amazing facilities.  The people helping us were really friendly and kind and it was great to spend the whole day outside doing sporting activities in the sunshine.”

My vision is employability and independent living skills for students with learning difficulties.