Learners welcomed Holocaust survivor Rudi Oppenheimer to LVS Oxford on Tuesday 9th May to educate them about the Holocaust, explore its lessons in depth and help prepare a number of learners who are studying the topic for their History GCSE qualification. 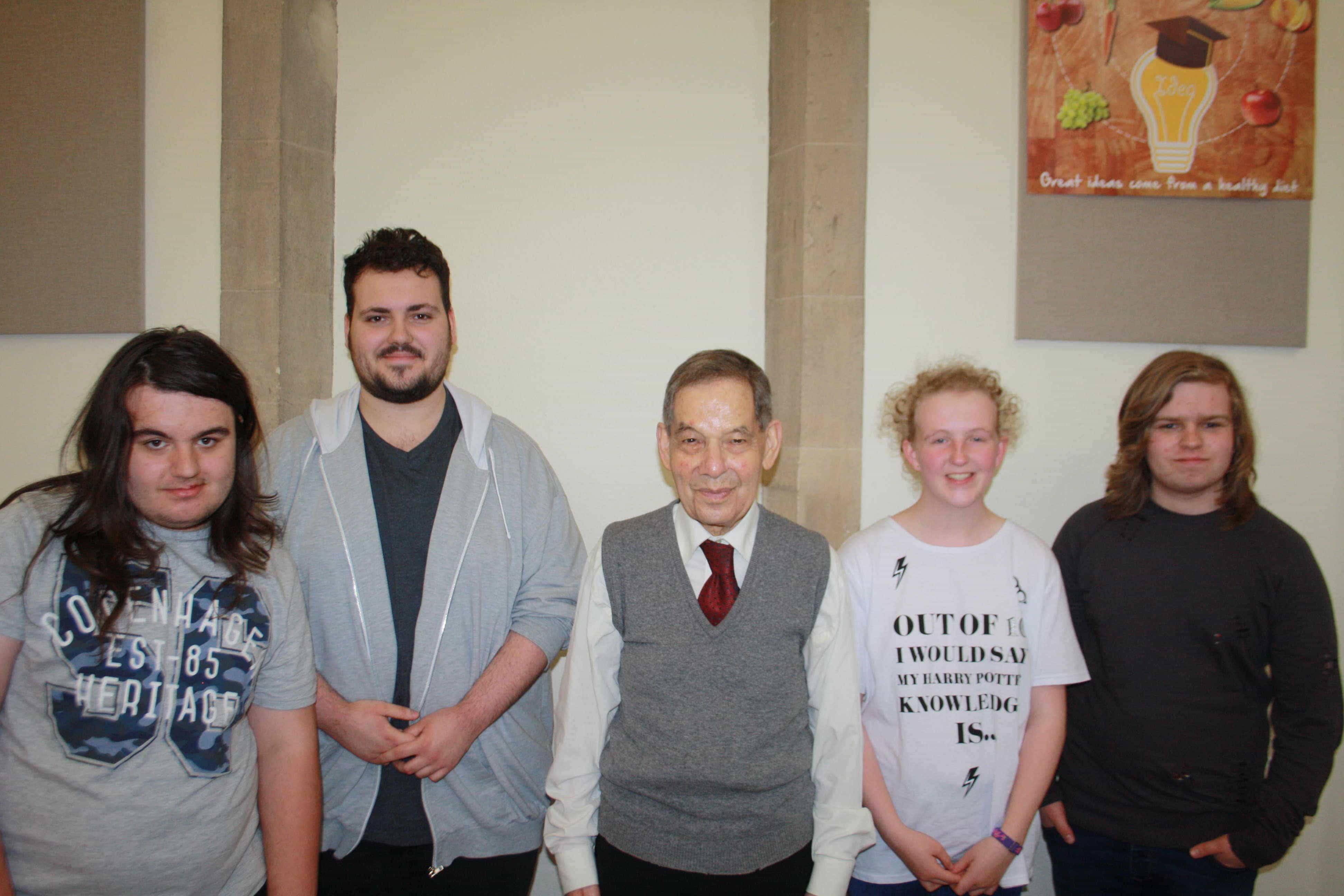 The visit was organised in conjunction with the Holocaust Educational Trust as part of their extensive outreach programme and consisted of an interactive pre-education session with the HET’s Education Officer Martin Winstone, in which learners discovered laws brought in by the Nazis against the Jews and worked in groups to identify the order in which they became law and discussed which were the most oppressive and why. 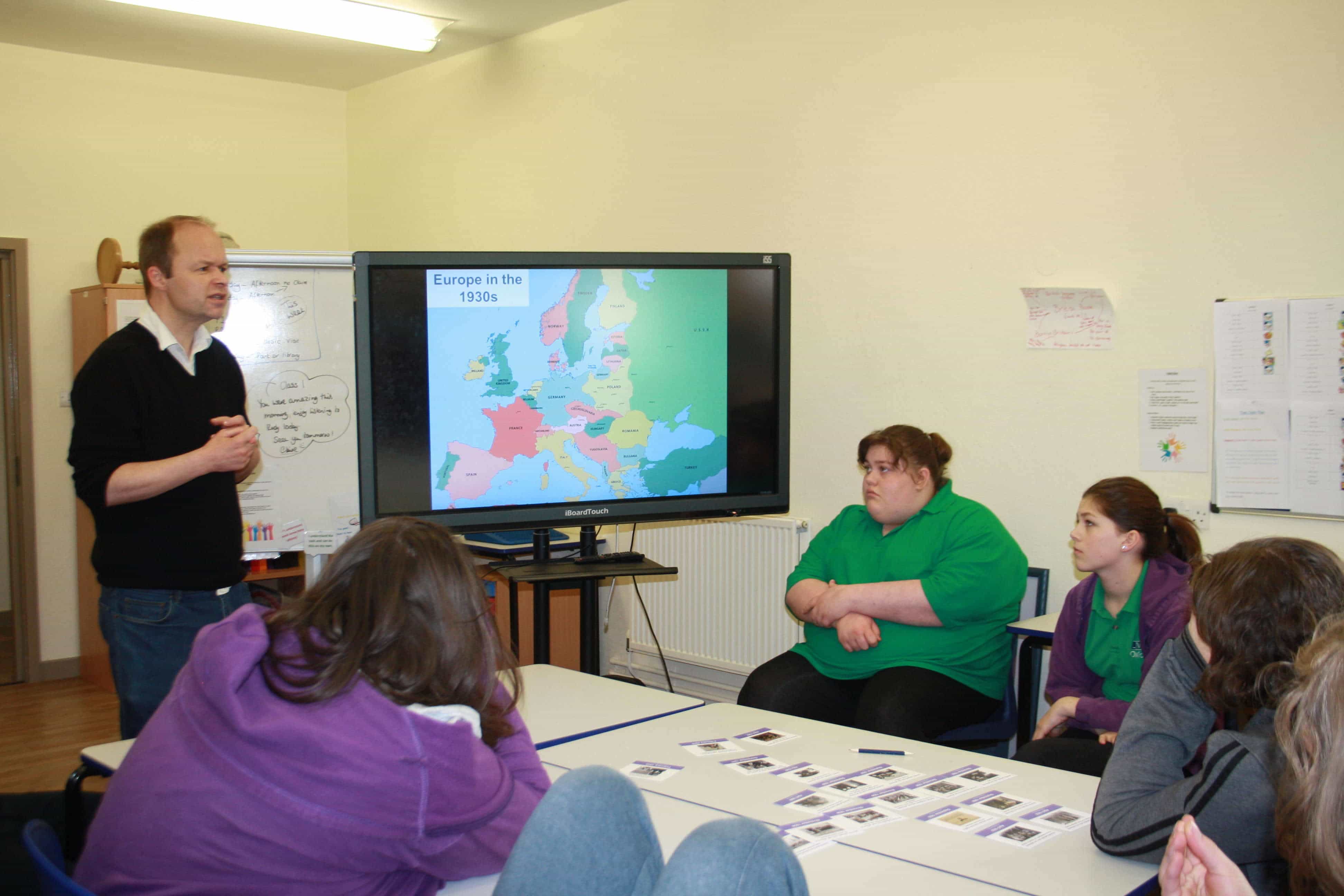 Whilst many students with autism find it difficult to maintain concentration and focus for long periods, the entire school then fell silent for an hour as 86-year-old Holocaust survivor Rudi Oppenheimer held their attention with the story of how he and his family fled Germany for Holland in 1936 to avoid persecution. Despite this they were rounded up by the Germans two years after Holland was invaded in 1940, and were held in terrible living conditions in Bergen-Belsen as ‘Exchange Jews’ that might be exchanged for Germans captured by the Allies. They were eventually liberated in 1945. 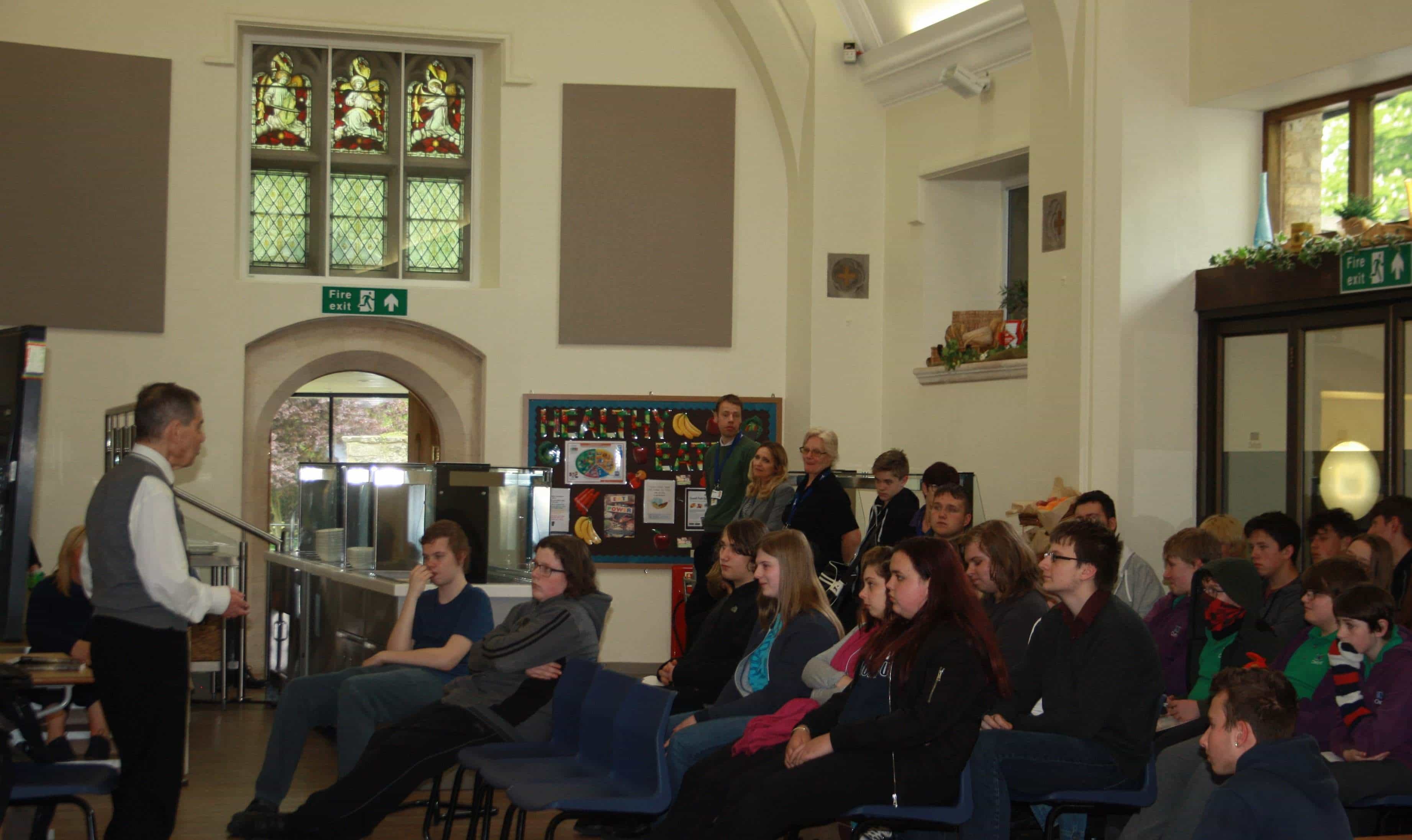 Head of School at LVS Oxford Louisa Allison-Bergin said: “We thank the Holocaust Educational Trust and Rudi Oppenheimer in particular for a very moving, emotional and educational visit. We want to ensure our young people are educated about important topics so this visit was one which they were all able to get a lot of value from, encouraging them to learn from the lessons of the Holocaust and make a positive difference in their own lives. The visit was especially beneficial for our GCSE History students who are studying Germany and World War II for whom Rudi’s vivid recollections will provide lots to think about and take in”.

Learners were encouraged to contribute to a question and answer session with Rudi after his talk, and many of them felt able to speak up and ask questions to find out more about the Holocaust.

The session with Rudi and the HET was one of a number of educational visits LVS Oxford arranges to help its autistic students engage with their education, having recently also welcomed Zoolab and Science Oxford to the school, and with a proposed future visit from a Professor in Clinical Neurosciences from Oxford University.

Parents and carers speak positively about the ways in which staff promote positive behaviour. One said “staff are very caring, they talk to students positively and handle things fairly”